It is a word that is alive with meaning.

And with inherent defiance.

Women have expressed their power in any and all circumstance. In kitchens, in custodial positions, in motherhood, and in simply being a woman.

Power is just a word.

But fire, determination, persistence, positivity, education, freedom and confidence. Those are ideas. Those are lifestyles.

These women are the faces of backgrounds made of different voices and backdrops formed from different cloth, but they each express power in their lives in a way that informs their choices, strengthens their resolve, and creates their sense of self.

Born and bred an Oxfordian, MacKenzie is an only child. Her parents divorced when she was eight but she lived next door to her grandparents and her Dad was still present in her life.

“My parents were able to do both, be divorced and be in my life. They didn’t need to be married to be good parents.”

MacKenzie’s interactions with feminine power began with watching her mother effortlessly raise her without a man in the household. Her grandmother was a strong southern woman who held her convictions as tightly as the oxygen tank she pulled behind her.

“She would bang it against people who stood in her way,” Ross said. “She was such the old-timer, smoking cigarettes in her eighties. We would warn her that her oxygen tank would blow up one of these days, but she didn’t care. Never could stop her in anything she wanted to do.”

MacKenzie finds power in education, in her position as editor at the Ole Miss yearbook, and in her confidence to push constantly towards her goals. 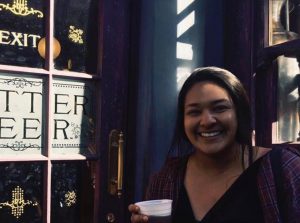 Devna is the eldest of two and grew up in a practicing Hindu family.

“I love Indian culture but I’m just not very religious. I play piano at Catholic mass every Sunday and attended a baptist church for years,” Bose said. “I’m not religious at all but it interests me.”

She is a junior and the Lifestyles Editor for the Daily Mississippian. She is from Philadelphia, MS and identifies as a member of the LGTBQ community.

“I try as a gay journalist to write more about issues that are close to my heart,” she said.

“I have a little sister and when we were little, power meant being in control of her,” Bose said. “As I grew up, power became popularity. Especially where I come from, women are expected to be homemakers and support the men in the house. I respect that but I just wanted more.”

Working in an internship position at the Jackson Free Press gave her the opportunity to do more, but it was not without its problems. Upon the beginning of her term there she hit the ground running, poring into her articles with intense focus and being meticulous in her research. No matter her efforts or talent, however, the male intern enjoyed more recognition and favor.

“It taught me to work even harder for what I want,” Bose said. “I’m brown, I’m gay, and I’m a woman. I’ve learned to expect to fight like hell from the start.”

Devna locates power in her ability to argue cleverly, work tirelessly, and exert her freedom in every situation. 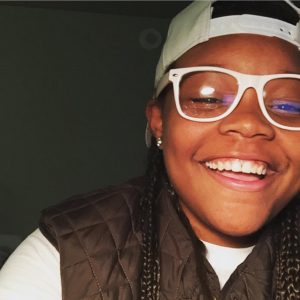 Courtney grew up a military brat originally from Honolulu, HI. She has an older sister that she says looks up to her more so than the other way around.

“My mom’s mom has the most power in the family, but it’s the kind of power that runs all over people,” Triplett said. “She calls the shots and doesn’t wait for other people’s opinions. It shows you don’t need to be well liked to have power.”

Courtney identifies as a member of the LGBTQ community and witnessed her own power be questioned when she ran for an officer position within her Christian sorority.

“I was awarded a minimal role– just over our intramural teams– but when Nationals heard that I was gay, the position was taken from me and given to someone else,” Triplett said. “It upset me because I was given the power to join this organization but wasn’t allowed to go any further within it.”

As Courtney moved around, having to start over with new friends in each location, she began to learn there was power in training herself to be an easy friend to make. Socially, she felt powerful as she built meaningful relationships with people even if only around them for a maximum of three years. Economically, socially, and in the work arena, however, she struggled to understand what power really meant for a woman of her race and sexual orientation.

“I’ve always been the type to take the lead, I catch onto things very quickly,” Triplett said. “But it doesn’t matter because the world thinks you can’t be the CEO of a company or the manager of a business. You’re black and a woman and that means you can’t do anything according to society.”

Courtney defines power as confidence, as determination, and as an unwillingness to accept “no” as any semblance of an answer.